When it comes to studying abroad, people immediately think of the reasons that lead to it, such as the interest in an international education, in living cultural experiences and fluency in English. However, regardless of the reasons that take them abroad, many international students have something clear from the start: they want to feel welcomed in their destination and integrate into the reality of the natives. That’s why many of them compare their own country with others looking for common characteristics that facilitate this adaptation. One of them is Brazil VS Australia.

After all, even being in Oceania and known for its natural beauty and exotic attractions, the land of kangaroos emerges as a place full of similarities with Brazil, being able to even make Brazilians feel at home, right?

As if that weren’t enough, Australia grants a visa – for students who stay over three months – which allows them to work legally and also has 7 educational institutions among the best universities in the world, according QS World University Rankings 2022. For this reason, in this post, we gather the common points between these two nations. Check out!

Yes, there are thousands of kilometers away from Brazil to Australia. However, they have a much more similar climate than you might imagine! Starting with the fact that the two are in the southern hemisphere and are cut by the tropic of Capricorn.

Another curious similarity is that, as they have a large territorial extension, both countries have different climatic zones that predominate more in one region than in another. As if that weren’t enough, they share zones that are identical, such as equatorial, tropical, subtropical and temperate.

Because of these aspects, the seasons run in the same period both here and there and do not present drastic variations in temperature. Summer is hot in both nations – making it a perfect invitation to the coast – and winter is more pronounced in the south (whether in Brazil or Australia), where the cities where it is possible to see snow are concentrated.

Nature is one of the highlights in Brazil, isn’t it? After all, Brazil has flora and fauna that are passionate and fill anyone’s eyes. You don’t even need to think a lot to start giving examples of places that are preserved and function as postcards of the country, such as the Amazon, the Pantanal, Chapada Diamantina, the Rio Grande do Sul mountain ranges, etc.

The same thing happens in Australia: the nation is one of the main references in Oceania when it comes to ecotourism, environmental preservation and animal life. So much so that care for the environment takes place not only on land, but also at sea. That’s why there are places that are truly untouched paradises, such as the Uluru-Kata Tjuta National Park, the Lone Pine Koala Sanctuary, the Great Barrier Reef and the Kakadu National Park.

Leaving the climate and nature, we come to the third reason for bringing Brazil and Australia together. This is because both territories were colonized (by Portugal and the United Kingdom, respectively) and had an expressive population growth thanks to strong immigration. The south and southeast regions of our country, for example, received thousands of Germans, Italians and Japanese in the 20th century.

Australia, in turn, has 28.2% of its population made up of immigrants, most of them from New Zealand, India and China, as the Australian Government released in a promotional report.

As a result of this great mix of races, ethnicities, traditions, religions and customs, the two nations have an extremely rich, diverse and rich culture full of histories. In other words, even if you were not born in Australia, you can certainly identify with it and feel part of that culture. Wonderful, right?

Another relevant characteristic when comparing Brazil and Australia is that Australians are known for being friendly and receptive to people of other nationalities, cultures, religions, philosophies, lifestyles, etc. This is closely linked to what we said in the previous topic about the strong presence of immigrants in the composition of the local population throughout history.

After all, being a mixed and very plural country, it knows how to deal very well with differences, promoting respect and inclusion. It is something that is already part of everyday life for citizens. Best of all, this kind of hospitable behavior is very similar to what they have in Brazil. It is enough to remember that here individuals from different origins live together peacefully. Furthermore, foreigners are welcomed, regardless of where they come from and where they go.

Finally, we cannot fail to mention that in Australia people love to play sports and talk (a lot) about them. This is because physical activity is something that is part of both the Brazilian lifestyle and the Australian lifestyle. Among the main sports that are successful there, we can mention some that are very popular here too, such as surfing and soccer.

In addition, there are other sports activities that you can explore and, who knows, maybe even become one of your favorite hobbies, such as rugby, cricket and, of course, Australian football.

As you can see, when comparing Brazil and Australia, we find several characteristics that these two countries have in common. It’s no wonder that so many Brazilians decide to study in Australia, because even on the other side of the world, it reminds us a lot of home. In addition, it is a nation marked by security, inclusive social policies and the quality of life of its citizens. In other words, studying there is, without a doubt, an incredible experience! 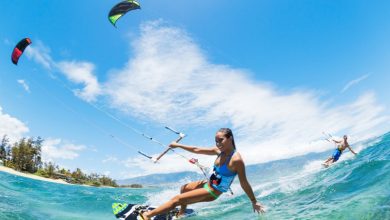 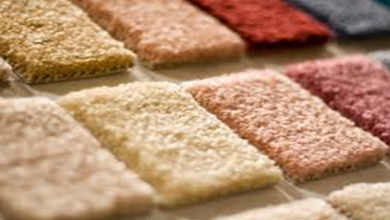 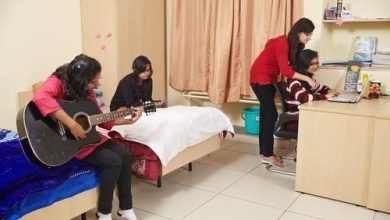 Tips For Staying In The Girls’ Pg Accommodation In Noida