In particular, more American men became more interested in getting male facelift surgery during the pandemic than at any other time in history. Consequently, plastic surgery centers throughout the country have experienced an influx of men seeking to undergo the procedure to transform their faces.

According to the Virginia Center for Plastic Surgery, male plastic surgery accounted for about 9.3% of plastic surgeries performed in 2016. Apart from this fact, there are many other facts and statistics that you should know about male facelifts. They include:

Often, hair follicles require a sufficient blood supply for them to flourish. And since men naturally have plenty of hair follicles on their face compared to ladies, they’re more vulnerable to post-surgery bleeding.

For this reason, male facelifts can expose men to a greater risk of hematoma, where blood pools underneath the skin after the operation is complete. Although your doctor can drain most minor hematomas using a needle, acute ones may require another surgical procedure to remove them. Therefore, ensure you perform due diligence when searching for a plastic surgery center in New York City from a qualified and experienced facelift NYC surgeon.

Any facelift, be it for women or men, often requires the surgeon to make incisions that circumnavigate around the ears, extending to the nape of the neck. Men’s beards can make it difficult for surgeons to make incisions since they’ll have to be careful not to shift hair follicles or distort beard growth patterns.

Certainly, before you undergo male facelift surgery, your plastic surgeon will personally give you directions regarding this fact. However, it’s good to know beforehand that your surgeon will likely advise you to avoid some supplements. The reason is that they’re likely to contribute to excess post-surgery bleeding after the operation. These supplements include:

4. Men must avoid using tobacco products two weeks before and four weeks after a male facelift

Statistics suggest that men smoke tobacco products more often than their counterparts. Therefore, the fact is that men must avoid using tobacco products 14 days before undergoing facelift surgery. Depending on specific cases, the surgeon may extend this period by 3 to 6 months before a male facelift.

5. During facelift surgery, men may need more attention to their neck than the face

Conventional facelift surgery reduces skin sagging underneath the jawline, cheeks, and neck. However, in most cases, men require more attention to their neck and jawline than the face when undergoing facelift surgery. On the contrary, ladies require more face-lifting in their mid-face area.

The tiny incision directly underneath the chin helps the surgeon extract extra fat and tighten muscles and tissues. Eventually, this enhances the outline of a man’s neck and jawline, giving them a new and younger appearance. However, to a great extent, the amount of skin laxity of a man dictates where incisions for a facelift will be made.

Nevertheless, it’s important to remember that men’s necklines and faces age simultaneously. As a result, the results of a facelift may look more natural if the two parts are surgically operated on simultaneously.

Overall, male facelift surgery can help men get a new and younger look while maintaining their masculine attributes. Being aware of these facts can assist men who are interested in giving their faces a new touch and look to decide whether a facelift is suitable for them. More importantly, they should consult their plastic surgeons to determine if a facelift suits them. 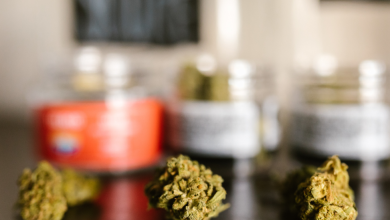 Weed Purchase: Selecting the Best Weed for Your Needs

How to Survive Nursing School—10 Helpful Tips for Nursing Majors Benefits of a snore-free life