TikTok has become a leading social media platform. It allows users to upload short-form videos on any topic, from entertainment to lifehacks. The wellness community on TikTok has been gaining popularity, as weight loss and healthy eating are trending topics around the world. More than half of the world’s population is currently looking for healthy weight loss tips. TikTok has successfully taken advantage of people’s eagerness to lose weight by introducing ‘healthy’ recipes. While there are several beneficial videos on TikTok, others can be harmful to your health. Since TikTok allows unqualified individuals to make content on nutrition, many videos are full of false claims. People blindly follow these so-called healthy trends to attain optimal wellness, but these recipes often do the opposite.

What Are the TikTok Recipes That Nutritionists Hate?

Watching thousands of people follow a dangerous trend is a nightmare for a nutritionist. The following 8 recipes have left numerous dietitians and nutritionists concerned for the well-being of TikTok users.

We have all been told to eat fruits in our childhood, as they’re super healthy for our body. However, TikTok believes that replacing watermelon with cucumber is perfectly fine. Recently a TikToker claimed that dipping cucumber in stevia tastes exactly like a watermelon. People are generally afraid of high-carb foods, including fruits, which is unjustified. Watermelon is naturally sweet, whereas dipping cucumber into a sweetener isn’t the healthiest combination. Fruits are rich in nutrients, making them beneficial for your health. So, removing them from your diet isn’t the wisest decision.

Most people don’t eat enough vegetables, but is it okay to replace them with supplements? Powdered greens are supplements made up of a bunch of different ingredients, such as green vegetables, probiotics, herbs, sweeteners, and fiber. Other than a few unreliable claims of energy and immunity boost, there isn’t any evidence of the credibility of these supplements. The green vegetables lose their natural fiber during manufacturing; extra fiber is added after completing the process. Research has found that the majority of powdered greens contain toxic amounts of vitamins and minerals, making them hazardous for health.

TikTokers are known for mixing a bunch of ingredients like cucumbers, lemons, pineapples, and ginger together to detox their body. Mixing random fruits and veggies together will not detoxify or cleanse your body. In fact, substituting them for breakfast or other meals is unhealthy for your body. As these detox drinks can’t make up for the nutrients present in your meals, you shouldn’t rely on them instead of food.

Chlorophyll is a key component of photosynthesis in plants, but TikTokers decided to add it to water. Apparently, adding fifteen drops of chlorophyll pigment to water can be beneficial for your energy levels, skincare, and weight loss. Unfortunately, nutritionists have debunked the claims due to a lack of evidence. It has the same benefits as normal water, but chlorophyll water has definitely made teenagers drink more water.

In order to cleanse their body, TikTokers decided to consume green juice for weeks. Smoothies aren’t necessary to detoxify your body; your kidneys and livers are sufficient for that. Such detoxifying diets can lead to disordered eating, as it involves a dramatic calorie deficit. Starving or following extremely low-calorie diets can promote temporary weight loss, but you’re more likely to gain the weight back.

The hashtag #LemonCoffee reached over 7 million views in the last couple of weeks. According to some TikTok users, squeezing a dash of lemon into your coffee can result in weight loss. Nutritionists have disregarded the trend, as it has several downsides to it. Lemon and coffee are both acidic; combining the two can cause stomach issues. Excessive consumption of coffee can lead to sleep disorders, such as insomnia. This source, in which experts have explained that mixing lemon and coffee doesn’t provide any additional benefits. It’s an unreliable diet, which everyone should avoid.

TikTokers found another way to avoid carbs, replacing bread with bell peppers. Whole wheat bread is nutritious and contains adequate carbohydrates, but TikTok users think otherwise. Nutritionists are against the trend, as carbs aren’t the enemy and should be eaten to function properly. Bell peppers are more expensive than bread, making this trend solely for rich people.

Life is pretty stressful nowadays, and it may cause sleeping problems, too. No worries! TikTokers believe that steeping a whole lettuce leaf into your tea can improve sleep. The molecule, called Lactucin, is found in romaine lettuce and is considered to have calming effects on the body. Limiting your screen time before bed or using aromatherapy can be better options for improving sleep, instead of a random TikTok trend. Lemon water doesn’t have any harmful side effects, but people with health conditions should avoid the drink.

Why Are Nutritionists Against TikTok Recipes?

TikTokers who have extremely low-calorie diets claim that one magical recipe has helped them achieve their figure. It promotes unhealthy eating habits among teens, which can transform into eating disorders. A balanced diet packed with all necessary nutrients is enough to have a healthy body. Due to the freedom to create videos, TikTok recipes can be unhealthy for your health, which is why Health Canal’s experts only promote science-backed advice and tips. 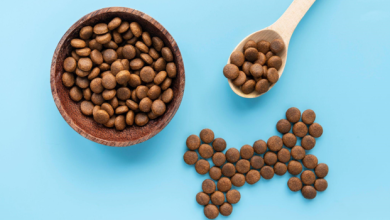 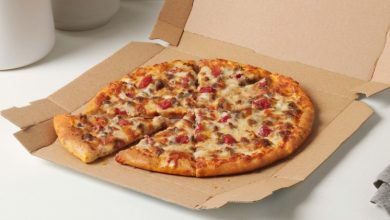 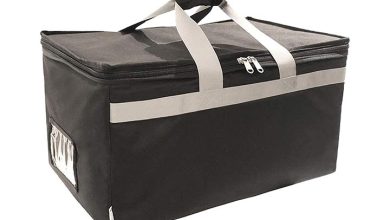 How To Buy a Perfect Insulated Food Delivery Bag to Ensure Proper Transportation? 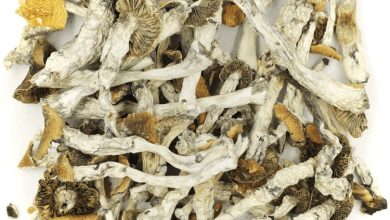 Microdosing with Golden Teacher Mushrooms for a Brain Boost