In today’s age, it’s important to be politically correct. The internet has led to easy access to a whole range of information. Some even classify this as ‘over information. This makes sense, given the extensive information that exists on every subject matter. As a result, people are becoming more socially and politically aware. They understand the nuances and sensitivity that comes with race, gender, class, and age. Social media has played a vital role in encouraging conversations and beliefs that steer clear of racism, sexism, classism, and ageism.

While all these ‘isms’ may seem intimidating, they’re important to consider in advertisements. If they’re ignored in such campaigns, they could land your business in trouble. In fact, inclusivity is so important today that it can make or break brands. One wrong post can completely shut down a company. But don’t worry. You can easily move towards inclusive advertising. Here’s how.

Give Importance to Representation

One of the most important ways to establish inclusive advertising is by enabling representation. This factor is vital today. In fact, a large number of global companies are using representation in their marketing and advertising campaigns. This is so important today that when advertisements don’t employ this, they are publicly shamed and their customers are likely to boycott them.

Representation in advertising basically means that it showcases human diversity. If you’re using models, don’t just stick to white, skinny models as most companies have done for many tears. Make sure you advertise your products through models with different skin tones, ethnicities, body types, and even ages. When you do this, your customers will appreciate your inclusivity. Apart from this, there are also chances that you will gain new users.

The use of stereotypes is heavily frowned upon today. Especially in advertising campaigns. Stereotypes can sometimes also be insensitive or harmful to certain races, ethnicity, or class. For instance, for a long time, advertisements for dishwashing soaps were built around women doing the dishes. These ads would consist only of actresses and never men. Even today, such stereotypes are still in place even if they’re not as common. Similarly, advertisements also usually have men as bosses or CEOs.

When communicating a scenario, such advertisements are likely to signify that the man is in control instead of the woman. These are all common stereotypes that are also insensitive and backward. And they go beyond digital advertisements. You’ll find such stereotypes with toys, clothes, shoes, and even school. In this modern age, it’s important not to link certain traits to a specific group of society. This just stunts growth and leads to regression instead of progress.

In advertising, words are everything. This simply means that the words you use in your campaigns have a significant effect on audiences. Thus, it’s important to carefully choose your words in public advertising campaigns. People today have easy access to cable TV and other mediums through plans like Spectrum Gold packages and the best part is their customer service as you can Call Spectrum anytime at Spectrum 1800 number for Spectrum net Billing or any other query. This means that there’s a higher chance that your advertisement reaches a large number of people. Steer clear of words that sound racist, sexist, or simply controversial. Avoid, especially, words that contain any color or racial slur. These could land you headfirst in hot water. Be inclusive of all genders. Therefore, avoid using only the terms ‘he’ or ‘she’.

Give special emphasis to words or phrases that might come across as derogatory or homophobic. You need to make sure people from all backgrounds and groups in society can relate to your content. It’s also necessary to educate yourself and make sure that you keep up with the things that aren’t considered appropriate anymore. For instance, Carl’s Jr is often criticized for its explicitly sexist advertisements. In fact, a lot of customers boycotted the brand because of such marketing campaigns.

Keeping Educating Yourself and Your Team

Much of what is considered wrong today was completely normalized in the past. For instance, not many people questioned the presence of only women in detergent advertisements. There were also a lot of racial slurs and sexist terms that were commonly used before. But today, all of this has changed. This is because what is right and what is wrong doesn’t stay constant. It changes with time. Thus, it’s important to keep yourself educated on such issues. Find out what isn’t appropriate and what is. But more than that, try to understand why a certain phrase or word isn’t considered right anymore. Go beyond the basics. And educate your team along with yourself. This will not only build inclusive advertising, but it will also make your brand more likable and modern. 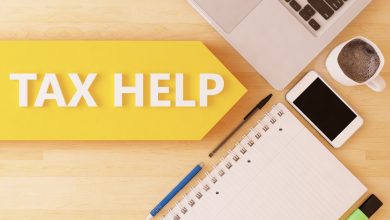 Indications of a Tax-Debt-Relief Scam

Cryptocurrency trading & optimization: why choose a US LLC? 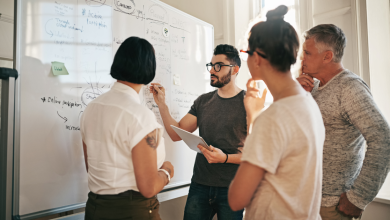 3 Ways To Attract New Customers To Your Small Business 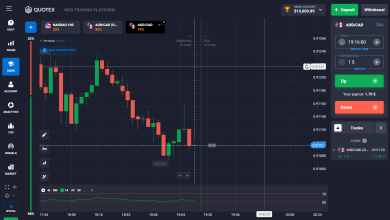 Trade On The Best Cfd Trading Platforms—But How?