Danish-French painter Camille Pissarro was a key player in the Impressionist improvement. Although he is most renowned for his landscapes, he also created outstanding paintings of urban settings, including the industrial Rouen shoreline and the brand-new boulevards in Paris. While Impressionism predominated most of Pissarro’s creative career, he also tried other movements, such as Pointillism.

Toward the conclusion of his career, he gained critical acclaim and is regarded as a significant artist for the rest of the 20th century. His pieces are still admired by art lovers all over the globe. Here are some of Pissarro’s most famous artworks and where art lovers can find them.

This artwork was painted by painter Pissarro in 1856, one year after he relocated to France. Pissarro was from the Caribbean island of St. Thomas, and this picture is set there. The picture is an oil on canvas that may be seen at Washington, D.C.’s National Gallery of Art. It is a little artwork, 10.88 by 16.13 inches in size.

Two women are seen in the picture standing next to a deserted beach on a walkway. On the coastline, in the backdrop, are five individuals floating on a raft. The first woman is viewing the landscape while donning a white dress. The second woman is facing away from the viewer and is wearing a vivid blue outfit.

Pissarro made Eragny, a little town three miles south of Pontoise, the focus of many of his paintings after settling there in 1884. The Neo-Impressionists Signac and Seurat were students and protégés of Pissarro in the 1880s, and Hay Harvest at Eragny (1887) displays the outcomes of their experimentation in tonal value and painting technique.

Pissarro studied the effects of weather changes on color, portraying the varying seasons and producing multiple paintings that depict the same subject at various times throughout the year. The Pissarro landscape shows cloud sketches, which are reminiscent of British landscape painter John Constable’s (1821–1822) cloud studies, and Monet’s (1892–1893) series of views of Rouen Cathedral are forerunners.

Pissarro lived at Pointoise for 17 years, 1866 – 1883. There, he taught artists like Cézanne and Gauguin. While visiting Pissarro in 1881, Gauguin painted his renowned early Pissarro’s Garden, Pontoise. The piece got praise from the French writer and cultural critic Emile Zola.

Although artist Pissarro would soon completely abandon the Salon and opt to show with the “Independent” Impressionists, the favorable response to the picture from critics and journalists in the second half of the 19th century did place Pissarro as an avant-garde painter. Thanks to the details in the piece, this Pissarro landscape drawing is probably Camille Pissarropissarro’s most famous painting.

Road to Versailles by Camille Pissarro

Pissarro lived for a while in Louveciennes, a rural neighbourhood some 12 miles west of Paris. The mid-1870s saw the zenith of Pissarro’s mature Impressionist style, which he created during this time. This piece is in the list of Camille Pissarro most famous painting. Using rapid splashes of color to build his composition. Pissarro depicts the transitory feeling of the winter season in this early Impressionist work.

The extensive shadows that onlookers lengthy shadows throw on freshly fallen snow explore the dramatic effects of the chilly winter light. The thickness and freshness of the brushstrokes, which can be seen most clearly in the branches of the trees and the bright clothing of the villagers, are the kinds of useful building blocks that Pissarro would later pass on to Cézanne.

The sky and the snow-covered ground, where the paint is applied more evenly, show how Pissarro transformed Realist realism into the experimental, rough Impressionist style.

During Pissarro’s nearly four-decade career in and around Paris, the city’s character underwent significant changes. For example, Paris’s avenues widened during Georges-Eugene Haussmann’s reconstruction of the city (1853–1870), and the lifting of Parisian labor rules during that period gave the typical resident more free time.

French Impressionist artist Pissarro, a fervent anarchist, undoubtedly praised this opening up of the average person’s creative spare time. Pissarro celebrates the city’s modernity in one masterful piece in this late-career synthesis of his various techniques.

Through his focus on the street’s breadth, the sky’s openness, and the commotion of the passengers and carriages that throng the City of Lights, Pissarro suggests freedom of social and physical mobility on the central street in the area of Montmartre, a famous Impressionist hangout.

The two young female peasants in this picture are seen pausing from their labor in a late example of Pissarro’s favourite topic. The women are presented facing one another from a slightly off-centred vantage point that captures one in profile and the other from an angle just above. In contrast to his previous landscape paintings, where the sky might occupy up to a third of the canvas, this one only has 10% of the painted area covered by it.

Landscap sketches were all about Painter Pissarro. The background of the tightly spaced people flattens the vanishing foreground to almost two-dimensionality. This unusual perspective revealed the results of Pissarro’s experimental printing venture when he and Degas investigated the dynamic compositional methods of Japanese woodblock printmakers, including Hokusai and Hiroshige. 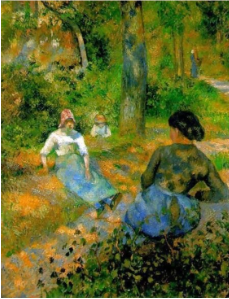 His art pieces are still perceived as some of the best pieces the world of art has ever seen, earning him respect and admiration from every corner. 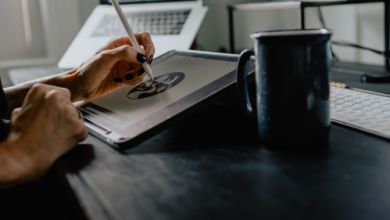 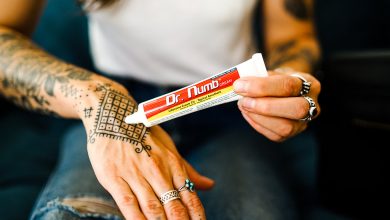 How does numbing cream work on tattoos?