Experience and science suggest that music influences humans, nature, and other creatures on Earth. But there is still some doubt that music plays a role in controlling our feelings and state of mind. Therefore, it is necessary to correctly apply the various musical methods of adjusting the emotional state and achieve the necessary psychological balance. Many musicians use many different sources of sound in their work. These include grand pianos, acoustic guitars, strings, whistles, brass, and many others. A specific type of musical instrument allows you to achieve certain goals in playing it. The best place to behold the mood change is music concerts. Music events make business sense for artists and are grounds for study for scientists.

Why can music drive moods?

Any signal in our brain instantly triggers a mood shift response.

Music instrument sound waves are one of them. In music listening, the levels of dopamine hormones jump in the human nervous system. These hormones affect the psycho-physical state and neurotic system. The impact of musical instruments can be shallow and neurogenic. But in other words, music affects both our conscious and unconscious senses.

Up until the early ages, music was considered to be of the utmost importance among other sciences. For example, a famous Greek scientist, Pythagoras, used to be the first bridge between music and science. It is known that music had existed before, but it was Pythagoras who invented notes and musical consonances. The consonances can be pleasant and irritating to human sensations. Studying the phenomenon of musical sounds’ impact on a person’s state of mind is significant. This will significantly help to change one’s attitude towards listening to music and feel its reflection on the human state of mind.

Feelings of fear and anger are often a consequence of your music choice. You should probably try switching to quieter tunes now. Try to pick music that can improve your general mood and boost activity.

But, if you feel that you need extra dynamics or inspiration to solve any difficulties, then you should better listen to appropriate music. Just analyze your state of mind. Set up experiments. One day you’ll discover which music is best for you, and how it affects your life. As you find the most optimal music, you can increase the process efficiency.

Exploring new methods of musical mental influence does not stop. Scientists from all over the world have concluded that it is music that affects the psychological state. Sophisticated sound contributes to well-being and helps differentiate your thoughts and feelings.

The impact of music on people’s state of mind

The research undertaken all over the world proves the positive influence of classical music on people’s spiritual as well as mental states. Although in some cases, this statement can be a bit ambiguous. But some compositions are unable to have such an impact on a person. There are a lot of depressing and aggressive melodies among the great classical compositions. Perhaps some people are not capable of perceiving and understanding this kind of music. However, there are people among us who genuinely appreciate music. And some are passive about music. Yet, music has an impact on everyone around us.

Mozart is a great composer. His music is considered to be the most beneficial for a person and doesn’t have any contraindications. Mozart’s works have been continually studied by many scientists from all over the world. This master’s compositions encourage the development of mental abilities. This music helps in focusing on the performance of many tasks. His music is recommended for listening to children.

In general, the sound of classical music has the power to energize, uplift, and pacify.

The destructive influence of musical directions on the human mind

A certain category of music can have a detrimental psychological impact on a person. Such music genres as Black Metal, Punk Rock, and Death can be considered destructive. It is the opinion of psychologists that such types of music evoke aggression and raise the adrenaline concentration in the human blood. You can often spot teenagers fighting after rock concerts. The reasons for violent attitudes among rock fans also can be linked directly to the negative impact of music on their hormones.

But such music allows you to get rid of the heat of the problems and release all the negative energy. Constant fascination with this music is the cause of mental illness.

Investigate yourself and discover the most beneficial music for your lifestyle. 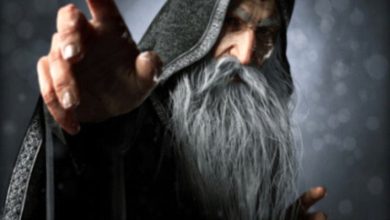 WHAT WE KNOW ABOUT TRAVIS SCOTT’S NEW ALBUM “UTOPIA”

Lessons to learn from the pianist 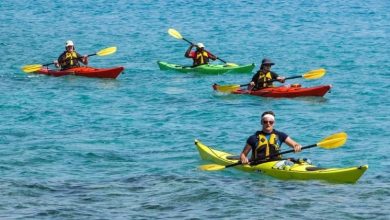