It would help if you were prepared for a lot in the manufacturing setup. With the ever-changing world, you need to watch the digital space. Today, the manufacturing world has been taken over by technology with huge force, and that isn’t changing soon. Robots have become more crucial to assembling today than human beings, which is a major shift. The reasons are pretty obvious such as efficiency, but that isn’t the only reason robots assemble more products than humans. Below are the reasons why you’d rather have more robots than humans in the assembly line.

Costs will generally reduce when you use robots in the assembly of products. This is because humans have to be paid per hour; machines only need service and maintenance. This will mean that overhead costs will be drastically reduced when using robots. You also don’t need to look at energy levels in the room as robots don’t need the heating level changes. Your energy bills will be reduced up to 8% annually on AC alone. You also get to save up to 20% when you turn off the unnecessary lights in the factory – robots don’t need lights to work.

Competition is using robots to reduce their costs and, hence, charge a lower price. If you wish to remain competitive, you need to reduce the overhead, and robots help you. Teams that specialize in prototyping and manufacturing from RP Group are already using this technology.  It ensures that you also have faster output, resulting in your products being available. It would be best if you also looked at the consistency of robots. The same quality will be put out every other day when using robots for assembly.

The quality of your products needs to be at a certain level every time, and robots will ensure that. The overall result with your products will have consistent quality. There are no problems that come about due to human error when you use robots. Some things that result in low quality include tiredness, tedious work, distractions, etc. The other aspect is that your employee output will also be quality throughout. The employees will not be exhausted as they have machines to help them with various tasks.

Generally, there’s less waste when using robots in assembly. Since there’s a certain level of consistency, you won’t have to deal with waste. Almost all the time, the final product will be of the same quality. This will then mean that the yield from production will likely increase. As stated above, some underlying factors contribute to different qualities with humans. The yield won’t be as much due to that.

You’re likely to have better output generally when you use robots. This is because the speeds will be increased, and the level of competency will remain the same. Most times, when you use robots as part of the assembly, there’s no downtime.

Robots are generally better suited for use in assembly than humans today. Several reasons are behind them. The above reasons represent why robots assemble more products than humans. 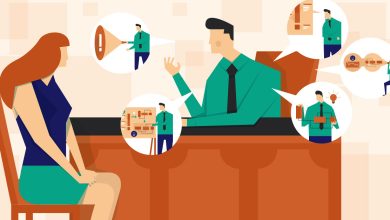